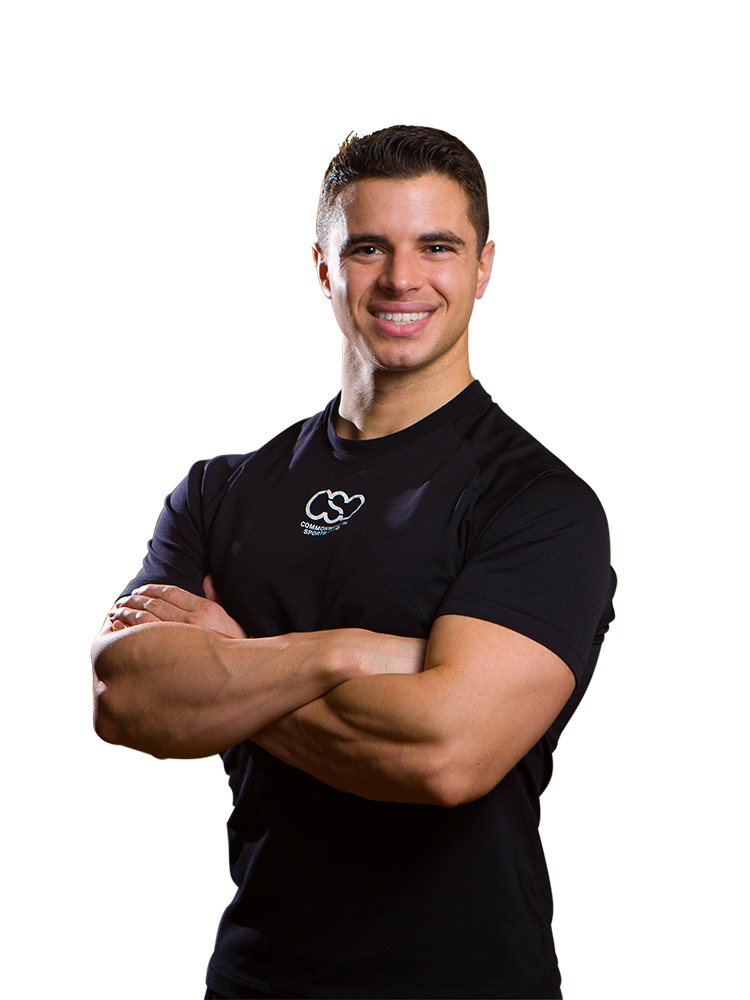 Mark was referred to the 6-Figure Training Program by a friend.

In his own words, here is where he was at: For the past 10 years, I’ve worked as a personal trainer in a commercial gym. I always LIKED my job, but I didn’t LOVE it. Deep down, I knew that I wanted to build a training business that was all my own, creating the schedule I want and allowing my income to grow. Despite reading dozens of books on business building, success and personal development, I wasn’t any closer to my dream than when I started a decade ago.

Our experience is that he was far from alone with his frustrations. Mark was working full time in a training center and he had two other part-time jobs training people, just so he could pay his bills. Like most trainers in this country, he was making about $35,000 a year and working about 50 hours a week.

He was open to change. In fact, he was ready and willing to make some changes, but he was not sure how to go about it. He was very interested in learning what to do and had sought out “experts” in the past to no avail. After the initial complimentary conversation with Ron, he decided to make a change and get started. It was a tough decision.

Again, in his words, “The investment in the program was a quantum leap for me. I had tried other programs before that didn’t yield great (if any) results.  At the time, I had VERY little expendable income and my concern was that I would be spending money that I didn’t have just to end up right back where I started.  But, after talking with Ron about his experience in the fitness industry and his plan, I decided to give it a shot, leap off the cliff and build wings as I went.  It is, by far, the best business decision I’ve ever made.  It started me on a much better career path and has held me accountable through the whole process.”

Like every other VIP coaching client in the 6-Figure Training Program, Mark was immediately enrolled in the mandatory four-session intensive training workshop. These one-hour workshops are designed to provide the foundation for making sustainable change in your business. The topics include: What do you do, who are your ideal clients, what is your dream for your business, and marketing strategies 101.

While the workshops were on-going, the process of change started on day one. When anyone decides to make a huge change in their lives they will be confronted with seemingly insurmountable challenges that should not be underestimated. Mark was no different. Futures are usually decided at these critical points in time. It is not comfortable to make changes. Mark faced these challenges head-on, discussed them with Ron and together they developed a plan for Mark to fight his way through the doubts.

The first goal is to get customers. Without customers there is no business. This immediate action provided for real-time learning as the business began to take shape. “I remember the first time I got a new client using the 6-Figure Program like it was yesterday. I was so excited. Suddenly, I began to think this really could work. I was motivated to step up the game.”

Then more challenges appeared and there were a few rough weeks of adjustment. Mark found the mentoring from his VIP coach, Ron, immediately got him back on track. He forged through fear and, while leaning on his coach’s faith, began to develop his own faith and belief in himself.

Soon, Mark had enough new clients that he was feeling a lot of time, energy and pressure and was very tired at end of each week. Once he had progressed this far, he made a decision to eliminate one of his part-time positions. “That was a difficult decision,” he recalls. “When Ron first brought it up, I was suddenly uncomfortable. How would I make it without that second job?  But when you looked at the numbers, it made no sense to continue the one part-time job. I could no longer afford it.”

He proceeded on faith and, soon, his enrollment numbers grew with people willing to pay him for his value and for the incredible service he was giving his clients. His excitement grew in direct proportion to the number of new clients he was getting. (Ron’s note: I loved getting his excited texts that he had just signed another new client up at his new rates.)

It was time to shift from “trainer as a hobby” to “a business of training people.” Given the time of the year, it was convenient and logical to start the business, officially, on January 1st.

With a little more time on his hands he could create a written marketing plan and actively pursue new leads every day. His confidence grew over the next 60 days.  He had never run a business before and the 6-Figure Trainers Program led him through the process of creating a first-ever Profit and Loss sheet. With no financial background, like most fitness professionals, he was pleased to find the process very straightforward.

Accounting for all of his expenses for running a business in real time gave him a new perspective and a new energized outlook. He realized that he was actually losing money the first two months, but the losses were decreasing each month.

Managing and tracking marketing and finances are critical themes of the 6-Figure Trainers Program.  He developed the habit of updating his P&L spreadsheet each week. He was determined to know where he stood every month and mid-month as well.

On March 19th he excitedly texted Ron with the announcement that he was profitable in his own business for the first time! This was only 129 days after he hired Ron and started building the foundation for his fitness business. Note: These are real numbers which account for the real expenses of running and operating a business. Most businesses do not turn a real profit for a long time. To do this in 129 days is truly remarkable.

Here are his results for his first three months of business ownership.

What is really exciting about his numbers is that he is covering all of his business expenses and making a profit in his own business. He is still working his full-time job as a trainer as well.

We don’t find a lot of value in projections at 6-Figure Trainers, but if you care to project his numbers out, it means that he will make more profit in his business, even after business expenses, this year than he will make at his jobs.

“I would have never believed this could all happen so quickly,” Mark said when asked about his progress. “I have wanted this for years and now I am well on my way. Building an income that is worth the value of what I provide people is one thing. Knowing my numbers and seeing that I really am running a profitable business is very satisfying and empowering.”

I could have never done this without the 6-Figure Trainers Program and Ron’s guidance. I am impressed that, as fast as I can grow, he still takes me to the next level as quickly as I am ready.

I wake up every day knowing that the dreams I had for my business at the very beginning are getting closer every day. To say this journey has been exciting, is an understatement.